For many people, getting multiple versions of the same game for one price seems a no-brainer and Cross-Buy has become an established part of the PlayStation ecosystem – especially for indie titles. However, could this cost-saving exercise actually be a bad thing? We look at two differing opinions.

It sounded like a match made in heaven. Buy the PlayStation 3 version of Sly Cooper: Thieves in Time or PlayStation All-Stars: Battle Royale and you’d get the Vita version – at no extra cost. “It’s the future” many declared, but I distinctly remember one forum member I encountered saying that it would prove to be a bad thing. How could it possibly be? You are getting two versions for the same price! As the years have gone by its use in indie titles has become a staple of practice and expectation, but I now personally feel that it could actually be a bad thing. Before you all say I’m mad, I’ll explain why.

The most obvious is pricing. Since the release of the PS4, Cross-Buy now means that you are getting as many as three versions for one price, but I feel that this price is inflated somewhat in some cases; you end up paying much more than you might if you bought the game elsewhere and you could essentially be paying a premium for the privilege of getting multiple versions. What might actually help is if there were two versions listed, one for the single game and an enhanced one for those that want other console variants. That way those of us that don’t use the extra versions – or even own the other consoles – don’t have to pay that price. 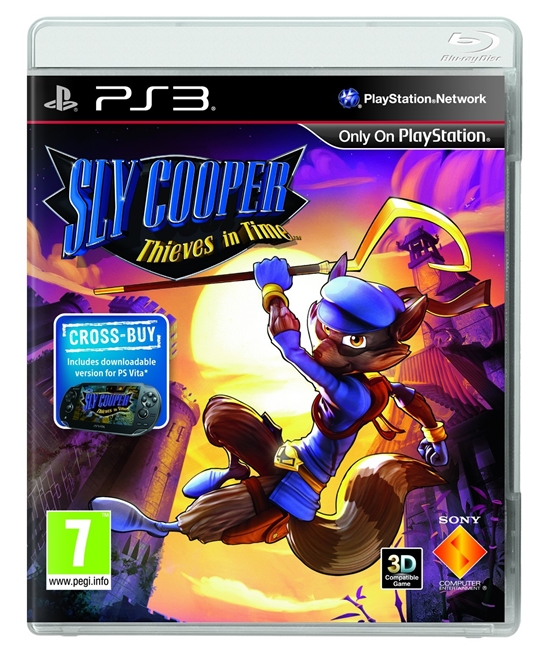 Another problem with Cross-Buy – and probably the biggest with regards to the Vita right now – is that some developers simply don’t have the means to develop multiple versions of the game simultaneously, and what is increasingly happening is that specific versions – typically Vita – are postponed, delayed or even cancelled. A game could release on the PS4, equipped with Cross-Buy, and people grab it either at release, on sale or even PS Plus. The Vita version is nowhere to be seen, yet that’s the version that many of us want. It’s been queued, meaning that these owners have guaranteed themselves the game at a reduced cost or even free. The thing is, it’s not free to develop games and essentially this money is being pumped into development of a game that will see little or even no return, and ultimately jeopardize future Vita versions of that studio’s games.

Another personal gripe is that it’s constantly mentioned that you are getting two or more versions, but these generally share a trophy list. If there were separate lists then it could entice repeated play on multiple platforms, but that said with Cross-Save people could use it as a way to enhance their trophy count.

Third-parties didn’t buy into Cross-Buy at all, which impacted the feature significantly resulting in something little more than a gimmick. Many of them have bought into Cross-Save, which works in tandem but have stopped short of giving you the additional version, which doesn’t really help matters, and whilst many of us would prioritise the Vita game instead of the PS4 edition, not everyone will. Which again impacts on Vita version sales…

When it was announced it was certainly a great concept, and those that do prefer to play big screen at home then to continue on the go really do get something great. It does however highlight that you need multiple PlayStation systems to get the benefit, and I fear that as time goes on it could risk future Vita titles, as we are already starting to see.

Grab your trumpets and activate your party poppers because Cross-Buy games are here and they are expanding our gaming libraries and giving us value for our very hard earned money. How splendid it is to have a choice between PS4 and Vita. Do I want to play Aqua Kitty from the comfort of my own recliner or do I want to take him to work? Is it Cross-Save? Then I’ll do both. How wonderful that with so many games we don’t have to pay for the pleasure. How likely are you to buy the same game twice? Not very, I’d say, but given a free second copy there’s every chance you’ll be smiling. Maybe you’re in the middle of a long JRPG on the Vita and don’t want to spend your lunch break playing anything else just yet, or perhaps you’re still trying to finish that last AAA epic on the PS4 but your bus journey feels barren and devoid of any joy. Cross-Buy gives us the opportunity to choose a system, and that’s pure unadulterated rainbows and balloons.

While the strength of the Vita has always been its indie and Japanese library, a closer link to the PS4 cannot be a bad thing. Sony resorted to pushing Remote Play as a reason to buy the Vita ‘add on’ but how many people would buy one specifically for that function? I’m really quite dubious. But marketing a function that allows you to play the same game on your handheld wherever you happen to be? That’s a bit more like it. While there’s not a chance in all the universe this can happen with the bigger games, Sony could be missing a trick if they don’t embrace the development of games more suited to this function.

Visual novels are a genre I would very much like to see go cross buy as a standard feature. These games are long and personally I don’t like being interrupted by other games. The Vita will always be my go-to console for VNs. I like to hold it to my nose like a book, maybe whizz through during a lunch break or while I’m only half-watching another poor episode of Sherlock, but sometimes – only now and again – one needs to do the washing up and wrap a birthday present. Yes you can set the text to Auto on your Vita but wouldn’t it be nice to read on a nice big TV while you’re eating your sausage, egg and chips? I played Hatoful Boyfriend this way and it changed the way I wanted to play visual novels.

I wonder how many games wouldn’t have made it to Vita if Cross-Buy hadn’t been an option. Developing specifically for a platform that will have a limited sales potential is a risky and expensive business or at least that’s what several Android developers have told us in response to Vita version requests. It makes sense, however, that if a developer is already working on a PS4 version that a Vita release would be a much less risky investment.

But is Cross-Buy harmful to the Vita? Is there a danger that developers will drop Vita versions completely in favour of the PS4? It’s possible, but I also think that every console has a natural point in time when it begins to run down. The Vita will go down that road when it’s good and ready and Cross-Buy isn’t going to interfere with that. Rather, I think Cross-Buy enhances Vita and PS4 ownership, linking them together like best buds in a playground. Friends 4 Eva? Maybe not, but Cross-Buy gives the Vita another reason to hang on in there.

This interview first appeared in our February issue of The Vita Lounge Magazine. Stay tuned to our magazine for more exclusive and magazine first content soon!

LEGO: Lord of the Rings

Stealth Inc. 2: A Game of Clones